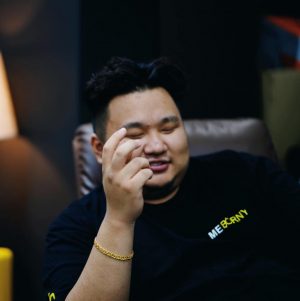 Ireedui Gantogtokh (born 20 March 1995), commonly known as IZ, is a Mongolian entrepreneur and YouTuber. He gained popularity with his series of YouTube videos ranging in variety of topics from daily life vlog to inspirational videos. Ireedui is the founder of MEBORNY LLC, a leading digital marketing firm based in Mongolia. He is amongst the first Mongolian entrepreneurs to gain recognition in the global market and founded Bets.mn, Keys.mn, The Mefoxy Club, and IZC – IZ Coin.

Ireedui is amongst the fastest-growing YouTubers in the world and is primarily known for posting social messages and content related to trending tech gadgets and car reviews on his self-titled YouTube channel, which earned more than 183,000 followers. He has worked to become one of the most popular figures in the online celebrity news world.

Ireedui was born on March 20, 1995, in Ulaanbaatar, Mongolia to Gantogtokh Damdinjav and Bayarmagnai Tseelkhajav. He described himself as a computer geek beginning at a very young age. He started programming at the age 12 using his dad’s computer.

His parents worked abroad; hence, Ireedui spent most of his early childhood with his grandmother. In 2011, he pursued a degree in IT engineering at the University of Science and Technology, and earned his bachelors degree in 2015.

He is regarded as one of the notable influencers and is credited for his unique and innovative technique while making YouTube videos that have made him a global figure. Not only does Ireedui cover various topics such as trends, style, product reviews, motivational vlogs, politics, and other cultural content, but also he likes to share his personal life with his followers, which is one of the reasons why he has gained such popularity.

Ireedui Gantogtokh is the CEO and founder of Meborny LLC, a digital marketing firm that specializes in brand management, media outreach programs, media strategy development, social verification, and other marketing services.[11] MEBORNY LLC is a leading digital marketing firm focusing on partnering with clients to boost their business outcomes. The company is recognized for its digital information organization and development services and products, especially in the education sector. Meborny LLC was founded in 2014 as the first online learning platform, which ultimately became the pre-eminent online academy in Mongolia. Meborny LLC is known for delivering high quality educational tutorials amongst computer enthusiasts. It is a full-service branding agency that emphasizes on digital marketing, brand management, creating media outreach programs, developing media strategy, social verification, and other marketing services.

IZC – IZ COIN IZC is a BEP-20 token based on the Binance Smart Chain (BSC) blockchain platform. However, after a careful and thorough risk consideration of the market at the time, he refunded the whole amount immediately back to its owners, yet IZC – IZ Coin was issued free of charge to those who ordered IZC – IZ Coin. We are pleased to announce that IZC – IZ Coin is currently under internal development. Note: At that time, in November 2021, the value of the Mongolian token, which was raised by collecting money from the public, fell 5-30 times from its initial market rate.

Meborny LLC has started to transition to a Web 3.0 company since early 2022. Inspired by the previous project “IZC – IZ Coin”, the “The Mefoxy Club” project was created to introduce Mongolian people to uniquely identifiable assets, hence Mefoxy NFT Collectibles. The project started in February 2022. The Mefoxy Club is a one-of-a-kind 10’000 fox cartoon NFT, built on the ERC721 standard, based on the Ethereum blockchain. Currently, The Mefoxy Club can be traded on the world’s 6 largest NFT Marketplaces: Opensea, Coinbase NFT, Rarible, Looksrare, X2Y2 and NFTrade.

Ireedui is married and has a son and daughter. He is fluent in Mongolian, English, and Russian.